Back Home About Bulgaria Culture and Arts in Bulgaria

Culture and Arts in Bulgaria 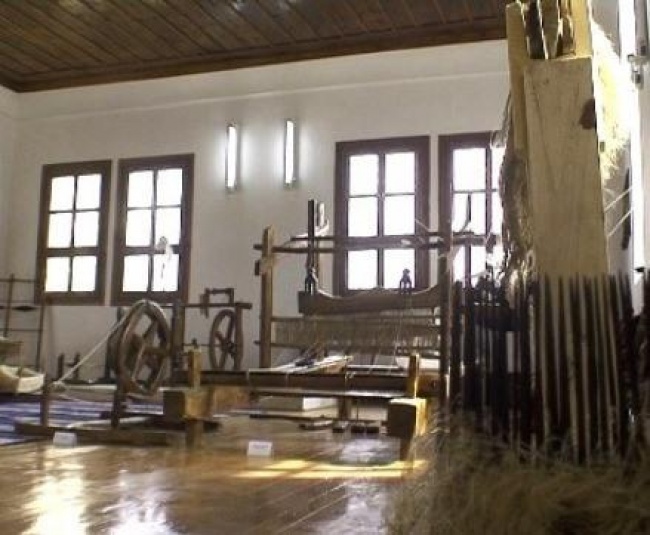 A number of ancient civilizations, including the Thracians, Ancient Greeks, Romans, Slavs and especially Bulgars, have left their mark on the culture, history and heritage of Bulgaria. Because of this, Bulgarian nation has one of the richest folk heritage in the world. Thracian artifacts include numerous tombs and golden treasures, while ancient Bulgars have left traces of their heritage in music and early architecture. Thracian rituals such as the Zarezan, Kukeri and Martenitsa are to this day kept alive in the modern Bulgarian culture.
The oldest treasure of worked gold in the world, dating back to the 5th millennium BC, comes from the site of the Varna Necropolis.

Among the architectural sights of old Bulgaria is "Perperikon" - ancient sanctuary situated in the Eastern Rhodopes mountain range, 15 km northeast of the present town of Kardjali. It has more than 50 separate rooms, underground tombs, corridors, indoor staircases. Unique monument of Bulgarian monumental sculpture is the Madara Horseman in northeastern Bulgaria - the only one in Europe from this period (VIII - IX century).

Bulgaria functioned as the hub of Slavic Europe during much of the Middle Ages, exerting considerable literary and cultural influence over the Eastern Orthodox Slavic world by means of the Preslav and Ohrid Literary Schools. Bulgaria also gave the world the Cyrillic script, one the most widely used alphabet in the world, which originated in these two schools in the tenth century AD.

Musical instruments (also characteristic of the whole Balkan region) include gaida (bagpipe), kaval (rim-blown flute), zurla (another woodwind, similar to oboe), tambura (guitar-like), gadulka (violin-like) and tapan (large two-sided drum). The Gaida of Bulgaria is worthy of its own subsection. In Bulgaria the gaida has been a long symbol of the country and its heritage, and is one of the more well known instruments of the country.

Dances have complex steps matching the rhythm, and are often fast. Most are circle-dances or line dances called horo; but some are done singly or in pairs.
Several world-renowned troupes perform Bulgarian folk music, such as the State Ensemble for Folk Songs and Dances, led by Philip Koutev (1903-1982), Trio Bulgarka and the Bulgarian State Television Female Vocal Choir, who has received a Grammy Award in 1990 for their anthologies titled Le Mystère des Voix Bulgares.

One of the best internationally known artists, Valya Balkanska sang the song Izlel e Delyu Haydutin, part of the Voyager Golden Record selection of music included in the two Voyager spacecraft launched in 1977.

Bulgarians may wear the martenitsa - an adornment made of white and red yarn and worn on the wrist or pinned on the clothes - from March 1 until the first days of spring. Alternatively, one can take off the martenitsa earlier if one sees a stork (considered a harbinger of spring). One can then tie the martenitsa to the blossoming branch of a tree. Family-members and friends in Bulgaria customarily exchange martenitsas, which they regard as symbols of health and longevity. The white thread represents peace and tranquility, while the red one stands for the cycles of life. Bulgarians may also refer to the holiday of 1 March as Baba Marta, meaning Grandmother March. It preserves an ancient pagan tradition. Many legends exist regarding the birth of this custom, some of them dating back to the 7th-century times of Khan Kubrat, the ruler of Old Great Bulgaria. Other tales relate the martenitsa to Thracian and Zoroastrian beliefs.

The ancient Bulgarian ritual of kukeri, performed by costumed men, seeks to scare away evil spirits and bring good harvest and health to the community. The costumes, made of animal furs and fleeces, cover the whole of the body. A mask, adorned with horns and decoration, covers the head of each kuker, who also must have bells attached to his waist. The ritual consists of dancing, jumping and shouting in an attempt to banish all evil from the village. Some of the performers impersonate royalty, field-workers and craftsmen. The adornments on the costumes vary from one region to another.

Another characteristic custom called nestinarstvo or firedancing, distinguishes the Strandzha region. This ancient custom involves dancing into fire or over live embers. Women dance into the fire with their bare feet without suffering any injury or pain.

Especially well-respected in Bulgaria are traditions related to the circle of life – birth, christening, wedding, and funeral. Saints’ name days are also highly respected in the country, the most famous ones being St. John’s day, St. George’s Day, and St. Dimitar’s Day.

The holidays that are most honored by Bulgarians are undoubtedly Christmas and Easter – when the generations all celebrate together, united by the feeling of belonging to the harmonious Bulgarian family. Also especially highly honored are the first Sunday before Lent, the second Sunday before Lent, Mother’s Day, All Soul’s Day, and Lent.

The Rose is the symbol of Bulgaria. Rose picking, one of the oldest and traditional customs of Bulgarians, has become primarily a tourist attraction. Carpets from the time of the Bulgarian Revival are now highly valued works of art. The major centres of carpet weaving are Kotel, Chiprovtsi and Samokov.

During the Bulgarian Revival, the monasteries served as centres of artistic and educational activity. There are many monasteries in the country, the most famous of which are Rila Monastery, Bachkovo Monastery, Troyan Monastery, Kilifarevo Monastery, Shipchenski Monastery and others. Bulgaria is also famous for its well-established national traditions of icon painting and wood carving. The best known icons and carvings are from Samokov, Tryavna and Bansko.

The Bulgarian national costume is an intrinsic part of Bulgarian lifestyle and culture. Over the ages, folk costume designs have been influenced by Thracian, Slavonic and ancient Bulgarian motives.

There are a number of architectural reserves in the country that preserve the unique Bulgarian architecture from the age of the Revival (18th – 19th centuries) – Koprivshtitsa, Tryavna, Bozhentsi, Zheravna, Etara, Bansko, and Melnik.

Bulgarians have developed their culture, enriched it over the millennia and continue to develop it in present days. In more recent times, Bulgarians have also had reason to take pride in their literature, arts, music, and architecture. A proof of ongoing involvement is Bulgaria’s rich cultural calendar of national and international festivals for young and old alike, as well as other gatherings, cultural events, and expositions.