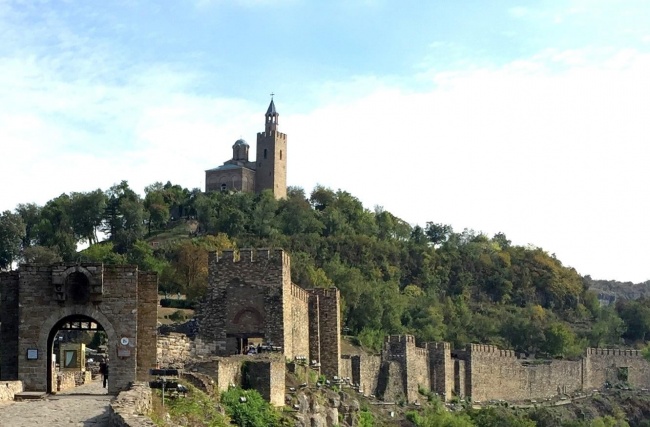 Location
Bulgaria is situated in south-eastern Europe, in the north-eastern part of the Balkan Peninsula between 41°14' and 44°14' northern latitude and 22°21' and 28°36' eastern longitude. Bulgaria has a territory of 110 993 square kilometres which is 22% of the Balkan Peninsula. Its maximum length is 520 km and its maximum width is 330 km. The overall length of its borders is 2245 km. Bulgaria borders Romania to the north (the frontier line runs along the Danube river and continues on land to the north-east), to the south - Greece and Turkey, to the west - Serbia and Macedonia (former Yugoslavia) and to the east - the Black Sea. You will surely find this information particularly useful if you are planning for a cozy and elegant holidays to Bulgaria.

Climate and Relief
Climate: Continental temperate with clearly marked four seasons. Hot waves from the Mediterranean Sea are felt in the country's southern regions. The average annual temperature is 10.5°C and the average winter temperature is around 0°C. Average summer temperatures are usually over 23°C.

Nature
It will fascinate you with its fantastic creativity, squeezing so much beauty onto such a tiny land - curious rock formations and mysterious caves; sunny seashores with golden sands, quiet coves and romantic capes; majestic mountains with fiery peaks, mirror lakes and shady woods full of scent. Bulgaria is famous for its oleaginous rose which bloom in the Valley of Roses. The Bulgarian tobacco brands are world famous.

The Bulgarian fauna is no less interesting, with almost 13 000 animal species and subspecies, or about 14 percent of all European species. Fishing is widespread in lakes, dams, mountain brooks and sea, hunting -  in hunting grounds all over the hills, valleys and mountains where permitted.

History
It will take you back dozens of centuries to Pliska, Preslav and Veliko Tarnovo - the seats of the first Bulgarian khans, czars and kings; to the stone carving of the Madara Horseman; to the Thracian Gold Treasures; to the breathtaking murals of the Kazanlak Tomb and the church in Boyana; to the quiet wisdom of the Rila Monastery and to the towns of Koprivshtitsa, Melnik and Zheravna - Renaissance legends of wood, stone and colour.

Traditions
You will hear them in the unique rhythm, melody and harmony of the Bulgarian folk songs and chants; your heart will sense them in the merry and healthy joye-de-vivre atmosphere of the rites and celebrations. You will discern them in the everlasting beauty of the handicrafts, finely woven in the ceramic vignettes and wood carvings, colorful rugs and hammered copper-ware. You will find them in the exquisite taste of Bulgarian cuisine and in the fine aroma of Bulgarian wines.

Culture
It will be omnipresent in your days with unique finds in the museums, including the world's oldest gold; with beautiful collections of works from self-taught old masters to modern painters in the art galleries; with classical concerts and folklore song-and-dance festivals.

Population and Religion: 8,000,000 people speaking Bulgarian language. English is spoken almost everywhere, especially in the resorts, all hotels and restaurants.

Around 90% of the population is Eastern Orthodox, 10% are Muslims, mainly from the Turkish population in Bulgaria. The Bulgarian Church is autonomous and headed by a Patriarch.

Average distances between some major cities in Bulgaria:

- public transport - buses, trams, trolley-buses in all major towns and cities
- taxi - easy to hire it directly from the street or by phone order
- rent-a-car: AVIS, Hertz, Europcar, Budget and International Car Rental in Sofia and most larger towns and resorts; smaller Bulgarian private companies elsewhere

Currency Exchange: In banks and 24-hour exchange offices. The exchange rate is announced every day.

How to Reach Bulgaria:

By plane:  The national carrier Bulgaria Air, private Bulgarian airline companies, more charter flights than ever before, as well as many foreign airlines link the country to Europe, Africa, the Middle East and North America.

By car: The country can be entered through any one of the many border checkpoints. Foreign driving licenses are valid on Bulgarian territory. Insurance is compulsory - it can either be taken out beforehand or on the Bulgarian border. The speed limit in the country is as follows: 50 km/h in populated areas, 90 km/h outside populated areas, 130 km/h on motorways. Petrol stations are located at every 15 to 20 km outside populated areas and about every 40-50 km on the motorways.

By train: The main European railway routes pass through Bulgaria. International trains link Sofia with many European capital cities and the domestic rail network ensures access to all large settlements.

No entry visas are required for citizens of the countries with which Bulgaria has a visa - free regime or of organised tourists who have bought a package tour, as well as for citizens of the EU. You will need a passport valid until at least six months after the date of departure. If you are not a citizen of The European Union or EFTA member states, you need an entry or transit visa, which is issued by the embassies and consulates of the Republic of Bulgaria abroad.

No entry visas are required for UK citizens.

You do not have to produce a return ticket on arrival. On arrival, however, all visitors have to register at the hotel or guesthouse they are staying at, or when visiting friends or camping - at the nearest police station.