The town of Obzor is situated 65 km south of Varna, 73 km north of Bourgas and 530 km east of Sofia. The population of the small summer resort is around 2000 people.
It is situated in a large bay at the point where the eastern hills of the Stara Planina mountain slope towards the sea and along the Dvoynitsa river.
The beach by the town is almost 7 km long with fine sands and extends from Cape St. Atanas on the north to the southern Cape Mona Petra. It is followed by a small nestling cove and a beach named Irakli.
Nowadays the town of Obzor is an attractive tourist destination. There are many new modern hotels offering accommodation, as well as private houses and villas.
There are a lot of cozy restaurants and taverns that offer all kinds of local and European culinary masterpieces.

The daily temperatures in the summer are usually between 25 and 33 °C, but in the nights visitors can enjoy the fresh cool air coming down from the forests in Stara Planina.

Properties for sale in Obzor 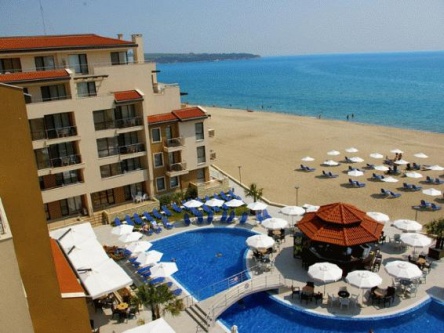