The ancient town of Nessebar (pop. 10 000) is situated on a romantic rocky peninsula connected to the mainland by a narrow causeway. The peninsula is about 850 metres long and 300 metres wide. It is located 36 km to the northeast of Burgas and 430 km east of the capital Sofia.

Nessebar is one of the most ancient towns in Europe with a history going back 7,000 years. Sitting on a small rock peninsula with a narrow causeway linking it to the mainland, it has an unique appearance and atmosphere. This is due in part to its amazing mixture of architecture, which includes the ruins of over 40 churches dating from the 3rd century, Roman and Greek pavements and beautiful houses from the 16th century and later. It is also, however, because its beaches are considered to be some of the finest on the Black Sea coast.

Many visitors to Nessebar prefer to stay in the old quarter for sightseeing, enjoying the narrow cobblestone lanes and old wooden houses with strings of dried fish hanging from their roofs. The town was declared an architectural and archaeological reserve in 1958 and UNESCO declared Nessebar a World Heritage City in 1983. Its sights include the 6th century Basilica, a Turkish bath and windmill and sections of the fortress wall that once surrounded the town.
Other visitors like to walk along the peninsula to discover the mainland beaches of fine golden sand. Whether enjoying the quiet of the old town or the busy beaches and watersports facilities on the mainland coast, Nessebar is one of Bulgaria's finest attractions.

In the new part of Nessebar on the mainland, 4km of beach stretch north and south from the town and feature some of the finest sand on the Black Sea coast. During the summer, the water is a pleasant 25°C and its gently sloping sand bottom makes it ideal for bathing. Waves are usually small, and the water is crystal clear.
In the north, the beaches meet those of the resort of Sunny Beach, renowned for its clean and calm seas, numerous small parks, natural sand dunes and watersports facilities.

Both the Old Town and the New Town of Nessebar are rich in restaurants, old-style mehanas and pubs. These range from those serving general European cuisine to the restaurants in the port area that serve traditional dishes like fried cheese and fish bites. Local beer and wine are quite cheap, even in restaurants, and if you venture to other nearby villages, meals are even less expensive.

In Nessebar itself, there is a good amount of nightlife ranging from the crowded popular bars to the more formal bar-restaurants. In Sunny Beach, a short bus ride up the coast, there are many more bars and lots of nightclubs which stay open until the early hours.

Shopping in and around Nessebar is easy. Local shops sell clothes and other holiday essentials, while the streets of the old town are crowded with souvenir and craft stalls. Look in particular for beautiful hand made crochet-work, pottery, jewellery, and carpets.

There is a regular transport connecting Burgas and Pomorie to Nessebar and Sunny Beach. There are private taxis typical for the seaside towns due to the large number of tourists. The prices are moderate.

The most preferred hotels in the town are Messembria Hotel, Globus Hotel and Burgas Hotel. There is a tourist house and lots of small hotels. Private lodgings are also very popular in the old town.

Outside Nessebar, there are other Bulgarian attractions well worth visiting. Just outside of town, for example, is the village of Aheloy, where an epic battle between the Bulgarian Tsar Simeon I and the Byzantine emperor Lion Foka took place. For more family-oriented activities, Sunny Beach has waterparks and other attractions.

Properties for sale in Nessebar 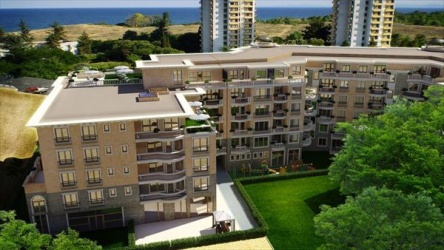 Beach condos for sale in Nessebar